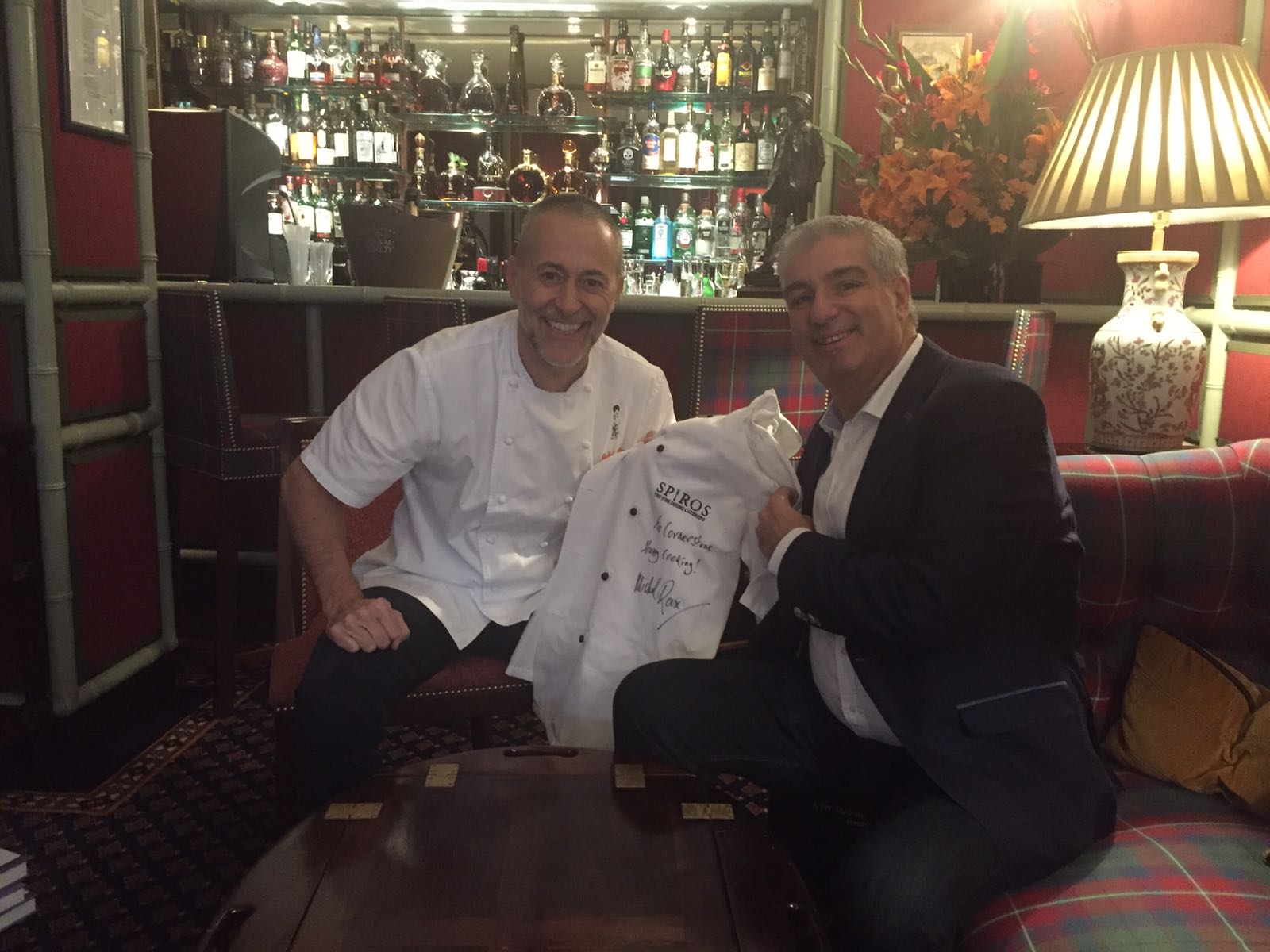 In early June, Spiro met up with one of Britain’s biggest celebrity chefs, Michel Roux Jr., at his London restaurant.

As famous for his cooking as he is for his TV appearances on Masterchef & Hell’s Kitchen, this is a man integral to the British cooking scene.

Plus, as a two-star Michelin chef with decades of culinary training in France and 6 cookbooks over 10 years, he’s a foodie force to be reckoned with!

As recently as the 6th June, he was on our TV screens in Channel 4’s new series Tried and Tasted: The Ultimate Shopping List, but his appearances on shows like Masterchef have cemented his status as a culinary expert.

Our own director Spiro is used to rubbing shoulders with A listers – just last year, Prince Charles popped in to officially open Cornerstone, and you can regularly find the Spiros team providing food for Welsh rugby royalty. After 30 years in the biz, Spiro’s got some tales to tell.

So, when he had the chance in early June to meet with Michel and talk all things food & catering (and deliver him some shoes courtesy of The Brogue Trader), it was a must!

In a meeting of minds at Le Gavroche, Michel Roux Jr.’s London restaurant, the pair talked about Cornerstone, our newest multi-functional venue in Cardiff. It was a lovely surprise to find that Michel knew of Cornerstone already – Raymond Blanc OBE, the highly-praised French chef, had previously looked at using the venue himself, before we took it over & transformed it.

Coming from a restaurant background and an event catering background respectively, Spiro & Michel also chatted about the differences between the two kinds of food service. 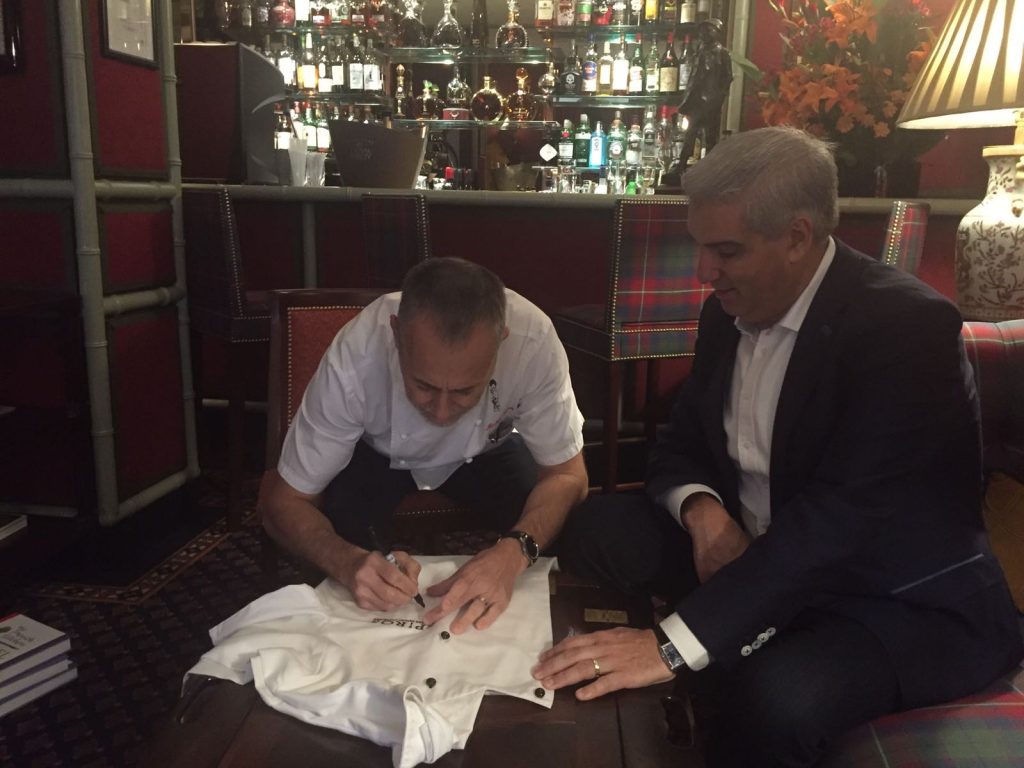 Think it’s easy to hire chefs in London, one of the greatest culinary cities ever? Think again! As Michel told Spiro, even in the capital city, it’s hard to recruit great chefs and maintain your restaurant’s standards. With such a famous, sought-after restaurant brand, all eyes are on you. The food has to be phenomenal, of course!

We have to think Chris from The Brogue Trader for setting up this chat, and all to gift Michel a pair of Brogue Trader’s finest shoes – always a lovely present, take it from us! 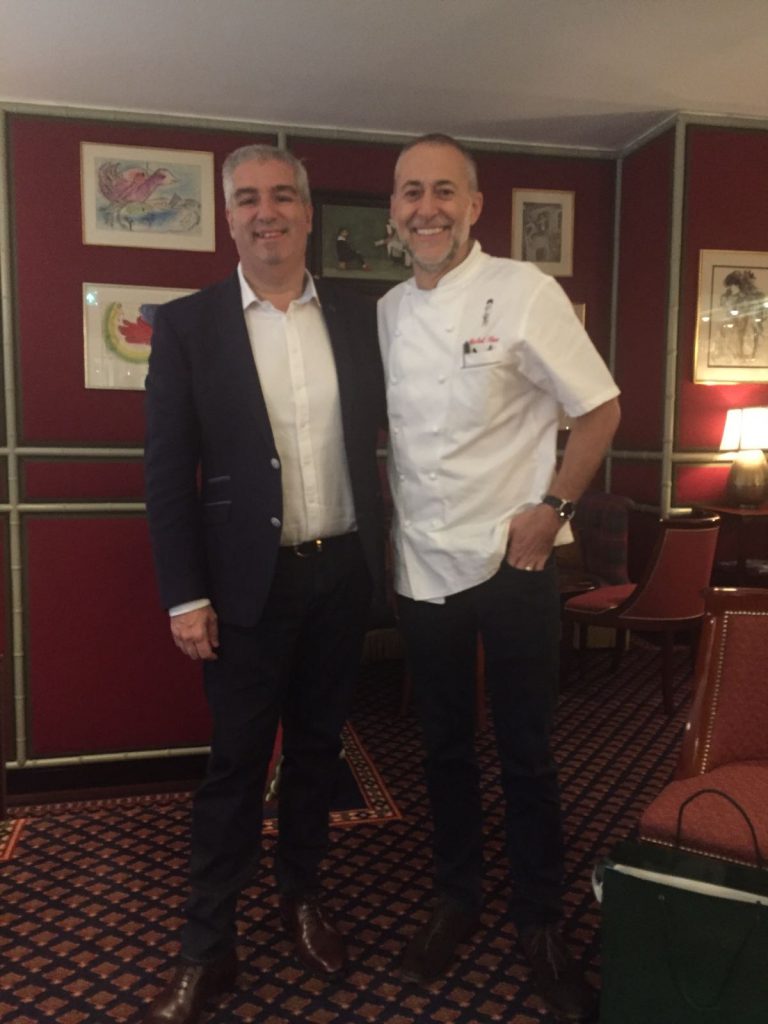 The chance to chat with one of Britain’s biggest chefs was a great experience – ’til next time, Michel!

Get foodie news like this sent straight to your inbox when you sign up to our monthly newsletter. 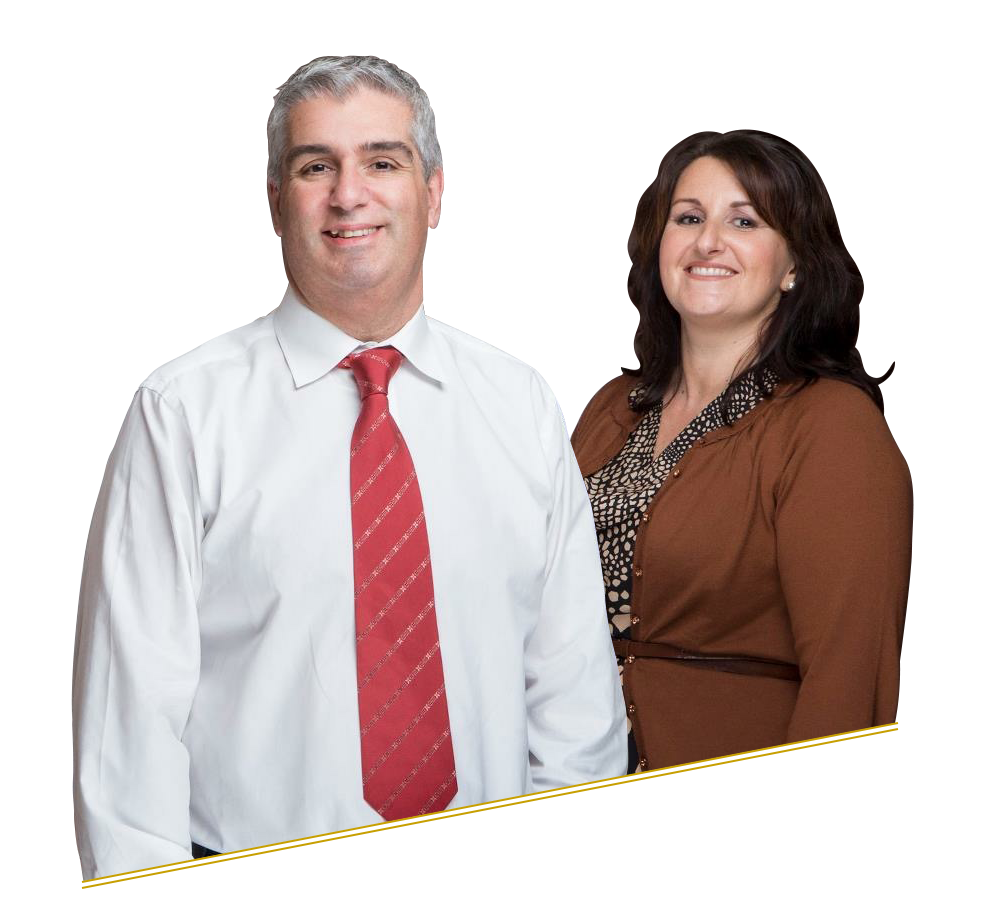 Enjoy the world of Spiros and our love for great food, professional service and events that go with a real swing.